A New Yorker Bagels cinnamon raisin bagel is perfect if you love cinnamon raisin bread but are looking for a more travel friendly version with a similar flavor. There’s probably nothing more enjoyable on a cool morning than a warm cinnamon New Yorker bagel – fresh from the shop or from a cart.

Available in both Hand Rolled and Kettle Boiled options — sliced or unsliced. 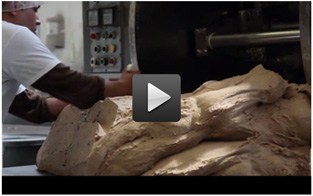